The National INTENSE Doctoral School in Ukraine has been established on 7 November 2019 through an agreement on joint PhD training signed by Institute of Ecology of the Carpathians of the NAS of Ukraine, Odessa State Environmental University and Kharkiv V.N. Karazin National University. An accession of other Ukrainian universities to the School is being negotiated, and as for June 2021, 5 Ukrainian universities have formally expressed their interest in joining the Partnership Agreement. The founding members are also working on a more detailed framework for their joint cooperation over the INTENSE School, with several iterations have already been agreed and signed off, as well as on formalising ties with the international INTENSE network. 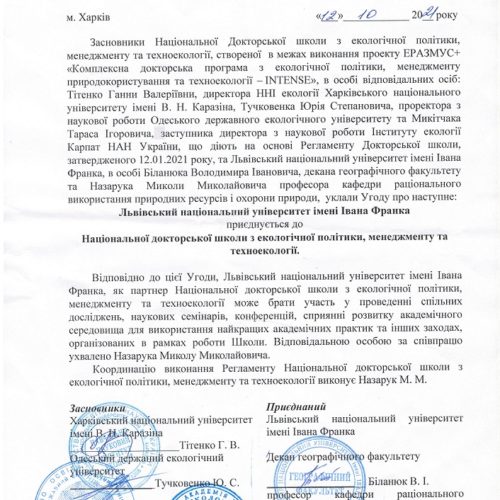 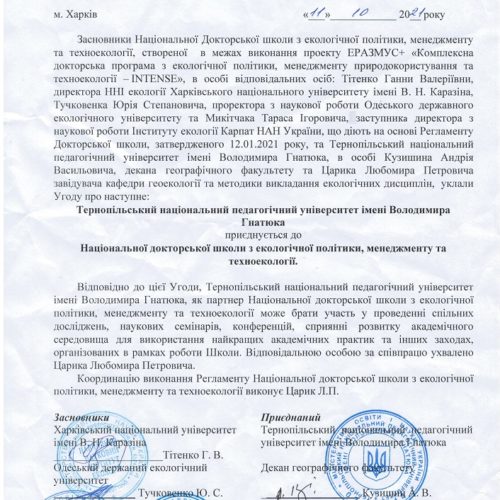 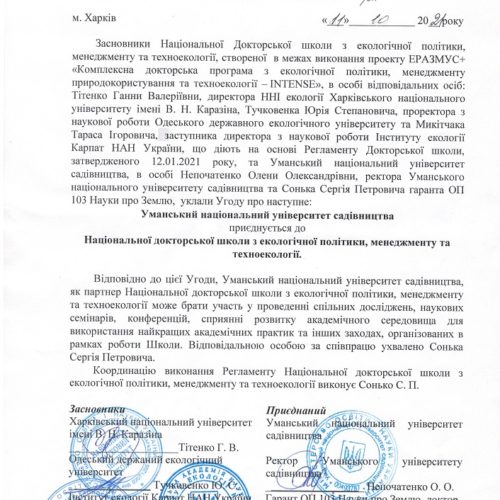 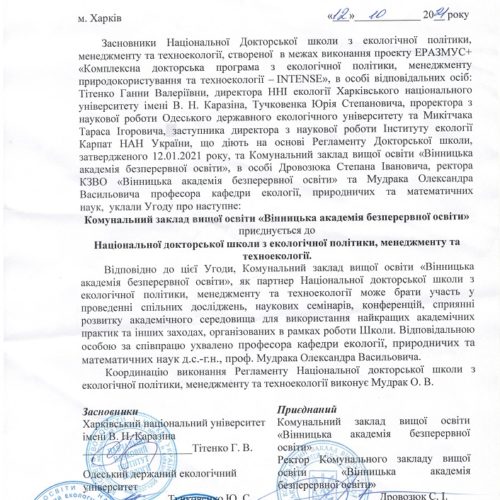 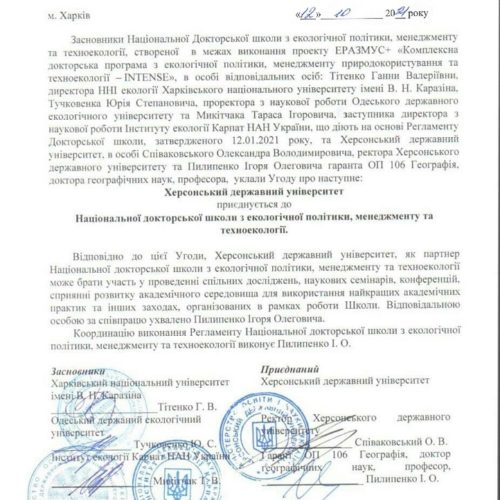